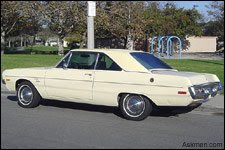 Whether or not these were intentionally bought by those pursuing a less vanilla life, we can't say, but the Swinger was one of Dodge's best car names. Not that it was one of the division's best cars, which explains why it's our No. 10. Thing was, nobody at the time paid inordinate attention to the moniker given to two-door Dart models. If anything, it was the Demon that got negative attention from conservative groups. 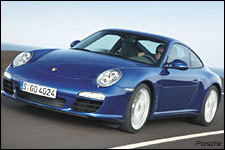 One of the best car names has never enjoyed continual presence. Since the now-famous script appeared on the fenders of a few special Porsche 356s in 1956, the Carrera (Spanish for "race") name has generally denoted a special, even more potent edition. Even if you didn't know what the name meant, it simply sounded fast. Seen most recently on the over-the-top Carrera GT, it's one of the best car names and also one of the most enduring. 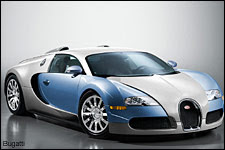 The Bugatti name is magical to enthusiasts, so it takes a great model name -- and one breaking from the "EB" designation -- to stand well with the marque. However, one of the best car names is not necessarily as far removed from the automaker as you might think. The car's name comes from Pierre Veyron, Bugatti wheelman and winner of the 24 Hours of Le Mans in 1939. 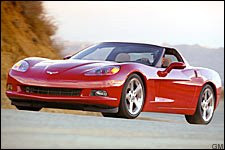 Some have shrugged this off as an imaginary name that just sounds cool and nothing more, but it's a real term for a small warship. Not so far out of place, when you think about it. Harley Earl may have designed it and Zora Arkus-Duntov later refined it, but it was GM employee Myron Scott who christened the two-seat fiberglass curiosity. Over half a century later, it's more or less impossible to think Corvette without thinking speed. That's indeed a sign of one of the best car names. 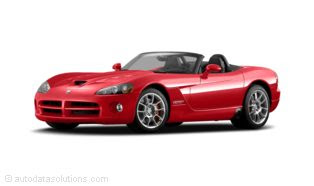 Dodge was an unlikely candidate for a serious performance car in the early '90s, but thanks to an impressive car and a great name, Viper is worthy of its place as one of the best car names. Known as Copperhead in prototype form before adopting its production name, the reptilian references were just a nod to the look of the car's front end. The Viper name quickly signified more though, as an untamed creature on the edge of control. 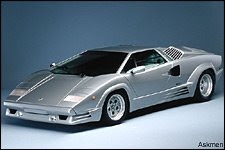 In a break from Lamborghini tradition of bullfighting-inspired model names, Countach is an Italian exclamation for something beautiful, striking and dead sexy. It was that very interjection at the sight of an early example that led to one of the best car names. For those unfamiliar with Italian colloquialisms, it also became one of the most mispronounced car names. Enlightenment sometimes has a trickle-down effect, and it's been years since we've heard anyone call it a "cown-tack." Thankfully. 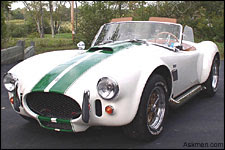 Carroll Shelby said the Cobra name came to him in a dream; kind of ironic for a car that's anything but peaceful. Regardless of the moment of inspiration, the application makes Cobra one of the best car names. We're talking, of course, of the original AC-bodied Cobras. Ford has liberally used the name on various Mustangs since the '60s, but they're a far cry from the curvaceous yet venomous roadsters that spelled trouble for Corvette owners of the era. 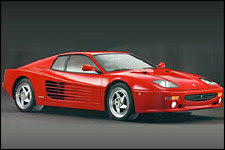 It is just "red head" in Italian, for the color painted on the cam covers. However, tradition and the beauty of the language make this one of the best car names out there. It's also no accident that the mid-engine coupe is named so similarly to the Testa Rossa race cars of the late '50s. What's more, the moniker was more than a painted-on gimmick. This was, after all, a 12-cylinder Ferrari. Say what you will about the design, exotic performance will always be associated with this car name. 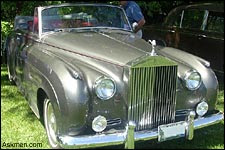 Automakers have attempted to convey senses of calm and luxury in their cars for decades, but Rolls-Royce is one of the few whose names are as legendary as their models. This car is sterling, and it is soft. Any questions? Not to be confused with the more familiar Silver Shadow that followed, the Silver Cloud hearkens back to a time when Old Money was still Old Money -- just a little less so. It's appropriate for a car that looks like an old bank building on wheels, with approximate size to match. 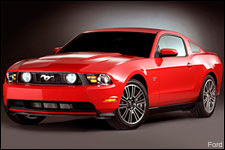 Said to have been named after the celebrated World War II fighter plane, but publicly marketed with equine overtones, the Mustang name has evoked thoughts of freedom and the open road for generations of drivers. Names like Boss, Cobra and Shelby have signified some even higher-performing 'Stangs along the way; yet even on its own, Mustang is all that's really mattered. The original pony car is still arguably the best, as is its name.
Posted by Pw3680 at 10:49 AM