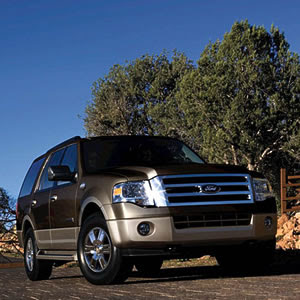 Ford’s best off-roader is really the F-150, but since pickups weren’t invited to this party, here’s the next best thing. Sure, it’s a behemoth, but some folks truly need the utility. To that end, the Expedition and its longer EL counterpart excel the admittedly better-styled Chevy Tahoe and Suburban where it counts: greater torque and higher towing ability. For the Ford, the former torque is rated at 365 lb-ft @ 3,750 rpm versus the Chevy's 340 lb-ft @ 4,200 rpm. Likewise, the Expedition can lug 9,200 pounds, whereas the Suburban is good for 7,100 pounds and the Tahoe is rated for 6,500 pounds. 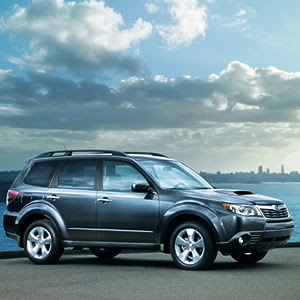 Sooner or later, even an odd duck can flirt with the mainstream. Such is the case with the 2009 Subaru Forester. What was once either seen as a quirky-looking tall wagon or squat SUV is now neither in its third generation. The lines still suggest an Asian model, only now a quick side glance doesn’t confirm it’s a Subaru -- it could be a Hyundai, Toyota or Honda. Not that there’s anything wrong with that; it’s just that the distinction is muted. On the plus side, it’s all Subie inside -- it’s still capable and it should even attract new buyers to the brand. 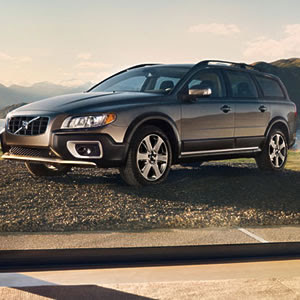 What some initially dismissed as a stopgap solution to the absence of a true SUV has paid off for Volvo, and is in many ways a better on- and off-road drive than the XC90 that followed. The 2008 XC70 benefits from a redesign inside, outside and under the hood, giving the new car more room, more agreeable looks and more power (now from an inline-six instead of a five-cylinder). We realize previous cars’ body cladding was there to minimize the cosmetic rigors of driving in the wild, but it’s also a welcome sight to discover it toned down on the new car. And before you shrug off the XC70 as a faux outdoorsy accessory, understand that hill-descent control is standard and speed-dependent power steering is an option. 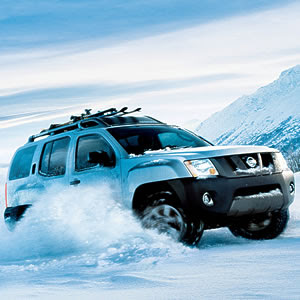 From day one, the Nissan Xterra has been positioned as a lifestyle vehicle, not just a lifestyle statement. “Everything you need, and nothing you don’t,” reminded Nissan. As other SUVs have gone flabby and forgotten their roots, the Xterra hasn’t sold out. The base Xterra X still offers you a six-speed manual (yes, an honest-to-God stick shift with a clutch and everything) and manual locks and windows. If you’re not that ready to get in touch with your hardcore self, more accommodating option packages can be had. Regardless, this is one off-roader that does it as well as ever. 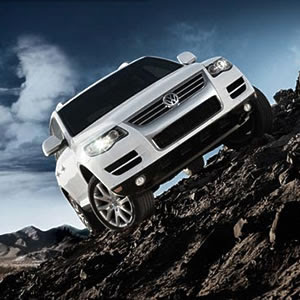 So why did the Volkswagen Touareg 2 make the cut, and not the corporate 7L platform kin like the Audi Q7 or Porsche Cayenne? There’s one good reason, make that 10 good reasons; as in the available V-10 TDI. The Touareg-only turbo oil-burner is impressive with a full 553 lb-ft of torque at 2,000 rpm. The TDI package also includes comprehensive, but reasonably comprehensible, programs and settings like the standard multi-mode air suspension. It adjusts and is adjustable for whatever you ask of it. With the Load setting, it squats for 6.3 inches of ground clearance. In slow-going X’tra mode, it hikes itself up to 11.8 inches. Suddenly, the Audi and Porsche don’t seem as necessary. 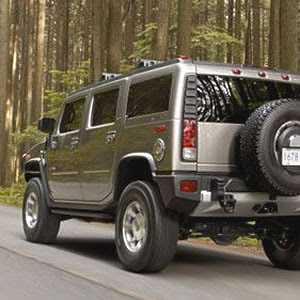 For the moment, forget all the criticism targeted at the Hummer H2. Aside from everything the media and the environmentally sensitive types say, the H2 remains one seriously capable off-roader. The 2008 model year has given us a redesign, the first significant one since the H2’s introduction. The Hummer faithful will quickly point out the differences, but the real changes are under the hood and inside: A 6.2-liter V8 delivers more power over last year’s 6.0-liter mill, plus the new six-speed automatic makes better use of the added power. In the cabin, appointments have been updated and more safety features have been thrown in. It’s still a mess to drive on the street and elicits the same disdain from other drivers, but in the wild, you will be impressed. 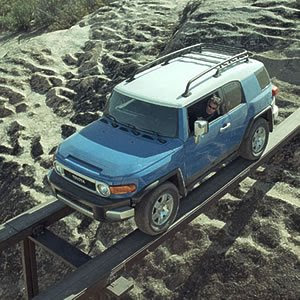 One of the original players in the off-road game is still one of the best, as Toyota has again proved its know-how with the FJ Cruiser. The FJ was built to be the best Toyota for off-roading, and that hasn’t changed for 2008, its second model year. Just as modified FJs run in the Baja 1000 race through Mexico, the standard-issue model easily satisfies typical owners’ demands without compromise. It does what you ask of it off-road and it gets you back home without compressing your tailbone. There’s no V8 to be had, not even as an option, but the V6 makes good use of what it has, enabling up to 5,000 pounds of towing. 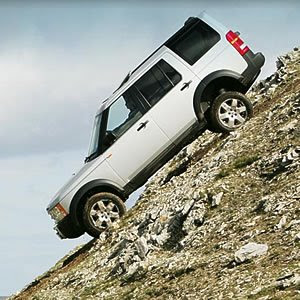 There aren’t many vehicles out there with the split personality of the LR3, and it could be argued they learned their tricks from Land Rover. The LR3 offers better appointments than some luxury cars, for one. Secondly, there’s the standard 4.4-liter V8 (the V6 was axed for 2008) and the seemingly endless bounty of driving aids. Together, they make the LR3 capable enough off-road to surprise more than a few good ol’ boys (though it’s probably wise not to stop and chat with them). Yes, you can get the LR3 hopelessly stuck, but you almost have to try to do so. 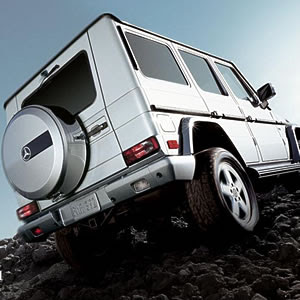 About the only other product from Austria that looks older than the Mercedes-Benz G-Class is Arnold Schwarzenegger. Still, the old box on wheels gets the job done; better in some ways than the GL-Class, a standout in its own right. Like the Land Rover LR3 that landed in third place on our review, the G-Class is a V8-only luxury off-roader. The G500 has a 292 horsepower 5.0-liter to do the pulling, while the G55 AMG just plain hauls with 469 horsepower. Yet, for as far as the G appears to have wandered from its utilitarian roots, you can still navigate grades up to 36 degrees in this beast. 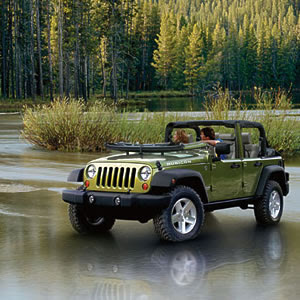 For all the miscues (Compass, Patriot) made by Jeep lately, one wise addition was the Wrangler Unlimited. This four-door Wrangler answers the need for buyers who desire the legendary Jeep character and capability, but need more people room and cargo space than the standard two-door model can muster. That said, the Wrangler was redesigned for 2007, retaining the all-important Trail Rated status while becoming more compliant for the street. That means a slightly longer wheelbase, slightly shorter overall length and noticeable widening. In other words, it’s an even better place to be than before. Best of all, the extra two doors only improve an already great off-roader.
Posted by Pw3680 at 11:16 AM