Power for the Ford E-450 shuttle buses is provided by a 6.8-liter V-10 engine that has been supercharged and modified to run exclusively on hydrogen fuel. The first vehicles for the U.S. were delivered last May to the Greater Orlando Airport Authority (GOAA) and the Orlando Convention Central District. Ford delivered five buses to Canada, three in Ottawa and two in Vancouver in late 2006. In all, Ford will deliver 30 buses to customers across North America by year's end. 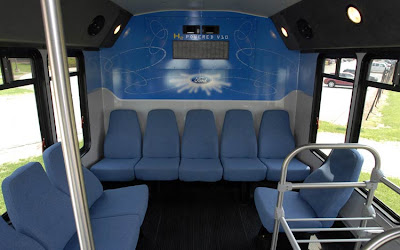 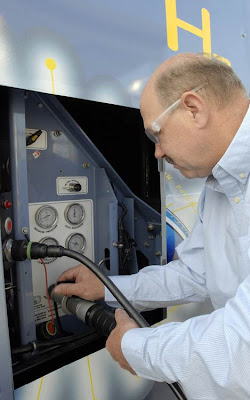 The company already has a fleet of 30 hydrogen powered Focus fuel cell vehicles on the road as part of a worldwide, seven-city program to conduct real world testing of fuel cell technology. The 30-car fleet has accumulated more than 575,000 miles since its inception in 2005. 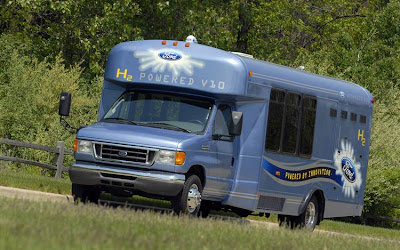