The production version of the Ford Ranger Max concept has apparently been caught uncovered. The overseas workhorse shares only a name with the Ranger built for North America.

While it's not quite as bold as the truck that appeared at the Thailand Motor Expo, the updated Ranger appears to have carried over many of the new styling cues created by Ford's Asia Pacific design studio, located in Australia.

Behind the Concept: Rendering the Ranger Max
Posted by Mike Levine | December 8, 2008 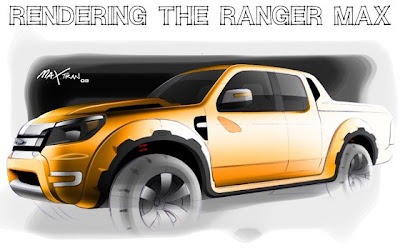 The Ranger Max is based on the current Thai-built Ranger Open Cab 4x4. The overseas workhorse shares only its name with the Ranger built for North America. 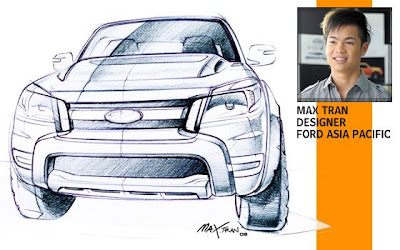 As boldly styled as the Ranger Max is, U.S. Ranger fans shouldn't get their hopes up that the bright orange design study points to a future version of Ford's domestic compact pickup, which is scheduled to end production by 2011. It's strictly a glimpse at what the next Asian Ranger could look like when it's refreshed in about three years. 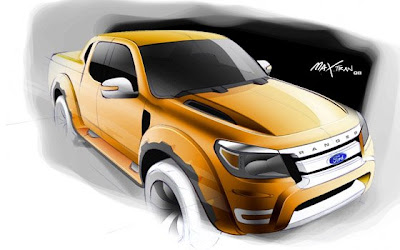 "We're really excited about the Ranger Max because we've been able to define a tough style and apply it to Ranger," said Tran. "Ranger Max amplifies the reputation of our truck. There's nothing minimal about it." 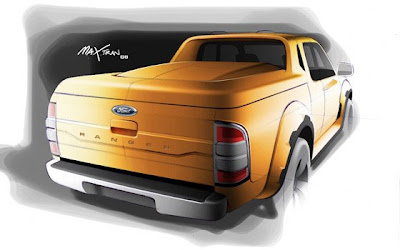