The 1946 Mercury Sportsman was a grand idea, but it just didn't sell. Anything seemed possible in the heady optimism of the early postwar years, so why not a woody ­convertible? 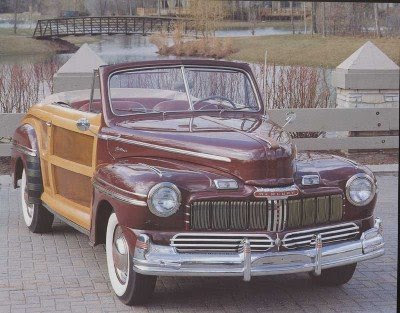 Most Detroit automakers didn't bother with new designs right after World War II. In the frenzied seller's market of the day, warmed-over '42s were more than enough. Still, some companies thought they could do even better business by offering something that rivals didn't -- like a convertible with structural-wood bodywork. Thus was born the Mercury Sportsman.

Chrysler had glamorized the woody wagon with its prewar Town & Countrys, and this likely inspired off-and-on thoughts of woody convertibles during the war at Ford Motor Company. Many ideas were floated, but only the Mercury Sportsman and a similar Ford Super DeLuxe model made it to showrooms. 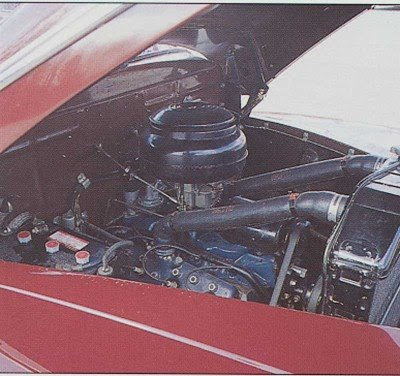 The Mercury Sportsman's flathead V-8 gave it power to spare.

Both Sportsmans wore solid maple or yellow birch framing and mahogany insert panels. The framing was not only structural at the rear, but beautifully mitred and varnished to lend a welcome touch of class to familiar 1942 styling. Otherwise, the Sportsman was like any other '46 Merc: 118-inch wheelbase, antique transverse leaf springs at each end, 239 flathead V-8 with 100 horsepower, and rather busy "big Ford" looks. Trouble was, the Sportsman's wood required lots of hand finishing, and that made for a steep price: $2209, nearly $500 more than Mercury's all-steel ragtop and $200 more than the Ford Sportsman. That was a tough sell, so Mercury moved just 205 Sportsmans, too few to justify continuing the model beyond this one year. 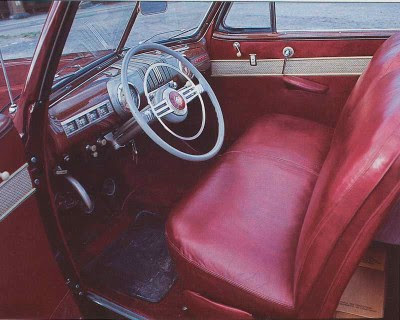 The Mercury Sportsman's interior featured a simple dashboard that was the epitome of mid-40s chic.

Somewhat better sales gave Ford's Sportsman a three-year run: 1209 copies for '46, 2250 for '47, and just 28 for the abbreviated '48 model year. But whether Mercury or Ford, these convertibles are highly valued today, not only as rarities but for their unique elegance. At a time when dark clouds hovered over the future of Ford Motor Company, the Sportsman provided a hopeful ray of sunshine.
Posted by Pw3680 at 3:51 PM