At nearly 400,000 square feet, the old Ford Motor Co. plant at Riverside and South Parkway was one of the largest factories ever constructed in Memphis.  It sat immediately north of Riverside (now Dr. Martin Luther King, Jr.) Park at the "beginning" of South Parkway, overlooking the river.  When the Jack Carley Causeway was constructed in the late 40s, its view of the river was truncated and turned into a view of McKellar Lake. 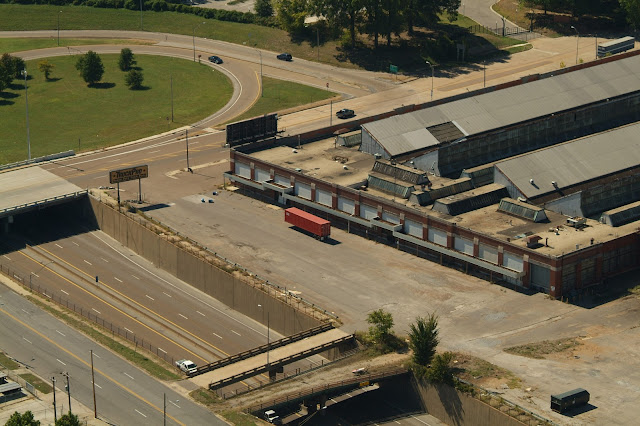 This aerial photo shows the location of the Ford Plant and its relationship with Martin Luther King-Riverside Park to its south and Interstate 55 to its east.

Ford Motor Company built this facility in 1924.  It was designed by Albert Kahn, the foremost industrial architect in America during the early 20th century who is often described as the "architect of Detroit" (see my tour of Detroit). 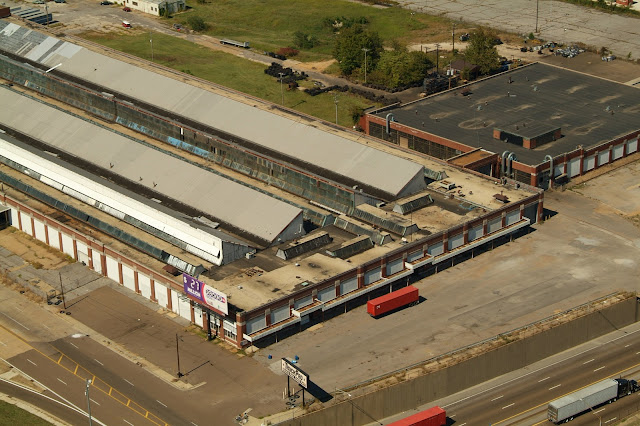 This other aerial view shows the classic industrial design of the building with its huge windows along all facades (which by this time had been mostly covered up) and angled rooftop skylights.


Rooftop skylights that were popular in industrial architecture from the late nineteenth century to the mid-twentieth century have become so integral to our collective understanding of what a factory "should" look like that you will find them on just about any clipart representing a factory. 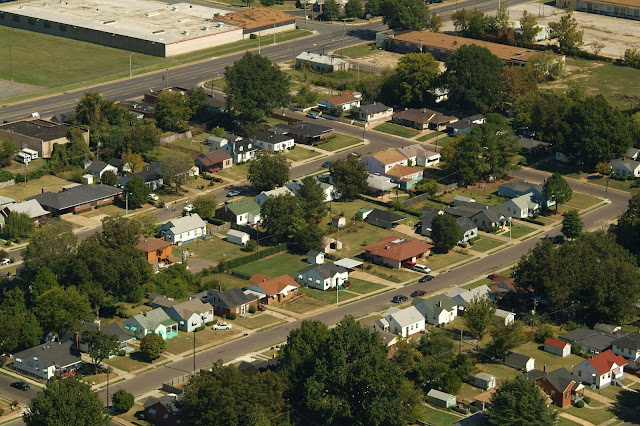 On the south side of South Parkway and on the east side of Riverside Blvd. (catty corner from the Ford plant) is this neat and well maintained neighborhood. 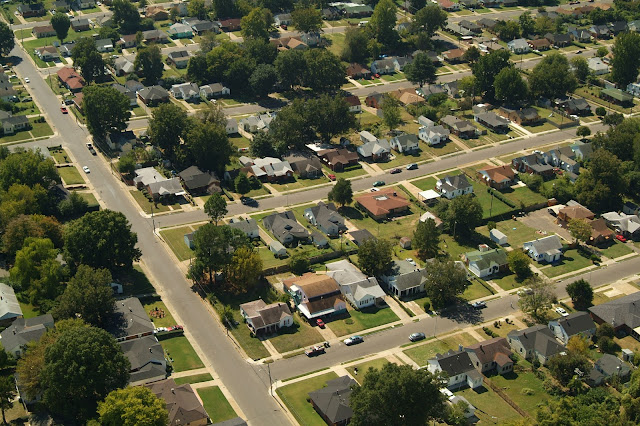 Now known as the Kansas-Riverside neighborhood, this section was platted out when the Ford plant was in its heyday.  In fact, the subdivision's name says it all: Fordhurst. 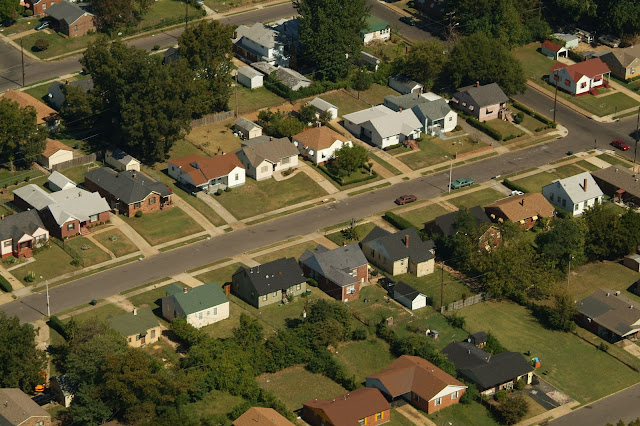 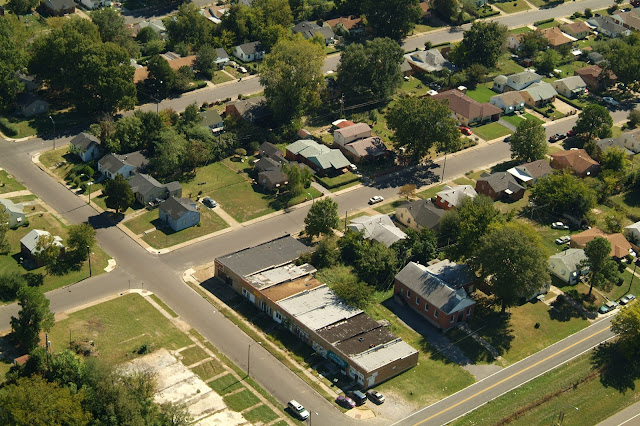 Small commercial strip in the Kansas-Riverside neighborhood demonstrating a balance between an auto-centric residential neighborhood and a relatively pedestrian-centric retail area. 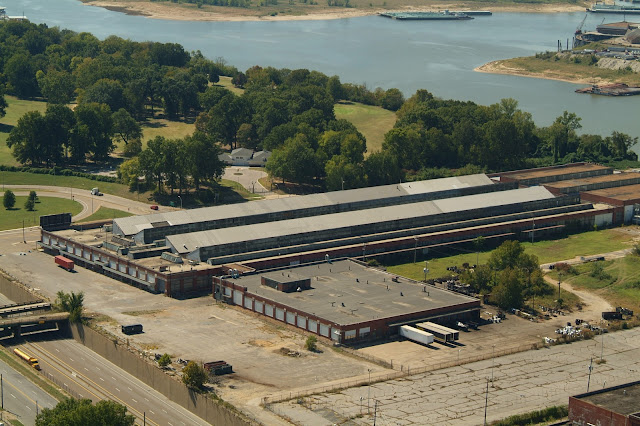 This view of the plant shows its close proximity to McKellar Lake and President's Island. 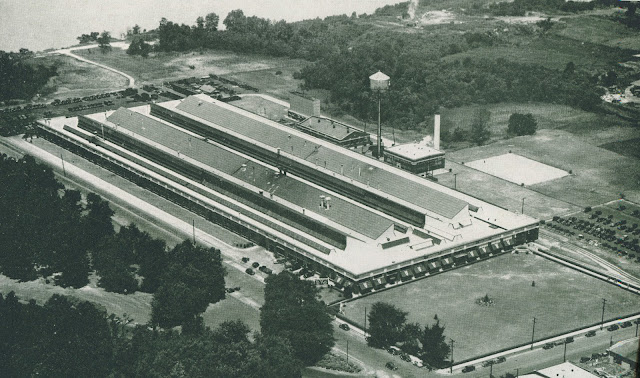 1940 aerial of the facility.  Note the large front lawn along Riverside Drive.  In the 1950's, this lawn gave way to the trenched Interstate 55. 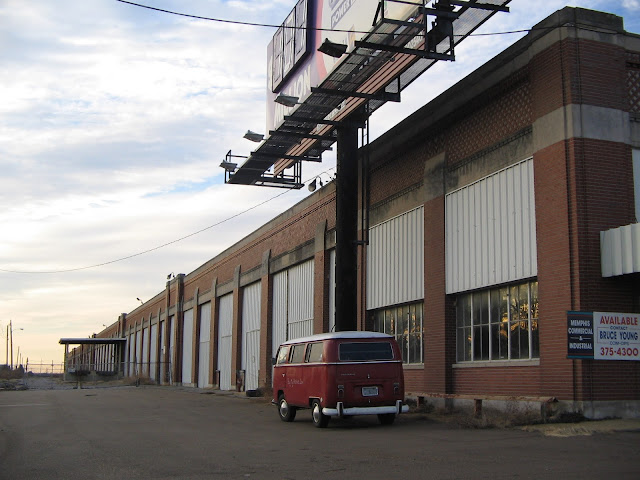 View of the building along its southern facade during sunset.  The top of the facade featured a fanciful brickwork pattern. 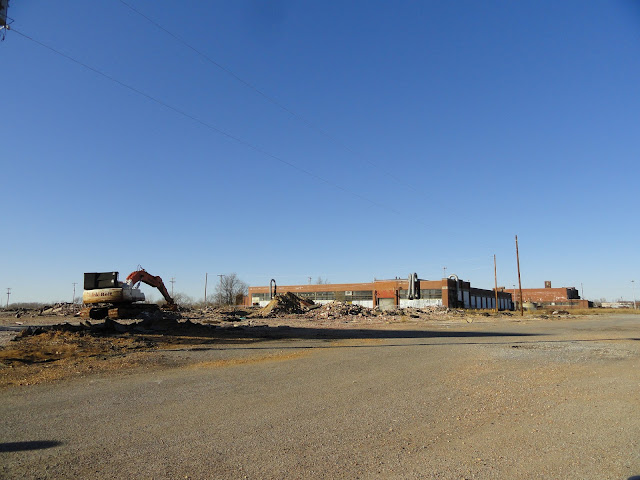 Alas, the building was not long for this world.  The structure was razed several years ago. 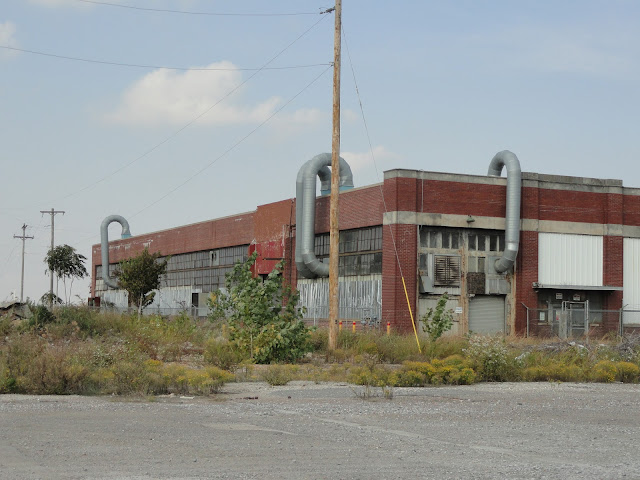 This annex to the north of the old plant still remains.

Everything You Need To Know

Click Here to read the review and to see more pictures at PickupTruck.com
Posted by Pw3680 at 6:43 PM No comments:

A happy New Year! Grant that I
May bring no tear to any eye
When this New Year in time shall end
Let it be said I've played the friend,
Have lived and loved and labored here,
And made of it a happy year.
~ Edgar Guest ~