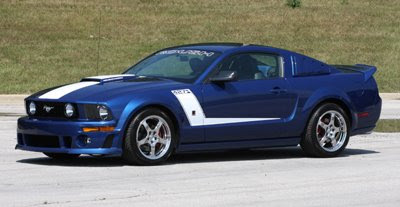 Consumer Guide's editors spent over 600 fast and furious miles behind the wheel of the 2009 Roush Mustang 427R.

Tom Appel: It's easy to argue that for Corvette money, you may as well go buy a Corvette. And yes, a base Corvette is about this fast, and probably handles a little better. But the Corvette comes nowhere near matching the sense of mechanical engagement you derive from driving the Roush, nor has any Corvette ever made me giggle like this. From its heavy but accurate shifter to its top-fuel dragster exhaust note, the Roush rewards drivers with visceral thrills that few cars under $100,000 can. Think of Corvette as the super car you can drive like an Accord. Think of the 427R as a roller coaster for the street. If I were rich, I would own both.

Damon Bell: Yes, $50K is a LOT to spend for a Mustang, but this car feels very special. Roush Performance infuses the 427R with plenty of serious upgrades where it counts, and they change the whole character of the base Mustang GT. More importantly, all of these "aftermarket tuner" upgrades meet and sometimes exceed the refinement levels of the OEM car. If you missed the glory days of the muscle car, this is as close as you can get in a modern production vehicle. For actual by-the-numbers performance, you'd be better off in a Corvette, but for that bare-knuckled muscle car aura, it's hard to beat the Roush 427R.
John Biel: Years ago, intrepid "garage rats" personally would hop up Detroit's standard offerings to whatever degree their funds and skills would allow in order to get the kind of car they wanted. The growing complexity of modern cars has made that difficult, so tuners like Roush fill the need for enthusiasts who lack the time or expertise--though not the cash. The 427R is hardly the Mustang for Everyman, but for that subgroup of hard-core Mustang partisans, we suppose it scratches a very pesky itch very well.

Jennifer Geiger: I appreciate the image and attitude of this ridiculously powerful car, but I'm clearly not its target audience. I was approaching this car with dread in the parking lot, but it's actually easier to drive than it looks. The short-throw shifter is very stiff but it grew on me by end of my turn. What I never did get used to was the noise factor. The buzzy, sinister sounding growl at around 2,000 rpm drove me nuts. This Roush was fun for about 10 minutes, but is by no means daily-driver material.

Tim Healey: This car offers the sound and feel of the 1960s muscle-car era while offering today's creature comforts and safety features. It's not as civilized as a Corvette or Challenger, but it's far more refined than a Viper. If you can afford the $50K price tag, and high gas prices don't bother you, this could be an excellent second car--or even a decently livable daily driver.

Harry Kapsalis: In a world where owner modified Mustangs are extremely common, the Roush 427R is an incredible value. Such a well balanced and wonderfully engineered package would be hard to replicate for the price by any hobbyist.

Ed Piotrowski: The Roush 427R is a rip-roaring throwback to the good old days of the muscle-car era. Subtlety is not in this car's vocabulary, with its big hood scoop, bright blue paint, and thunderous exhaust note. While one could certainly tolerate it as a daily driver, it's best savored as a weekend treat, one that Mustang aficionados will love and gear heads in general, will appreciate.

Don Sikora: The Roush 427R Mustang is not about subtlety or restraint. The excellently executed conversion of a Mustang GT into a Roush 427R has dramatically altered the personality and performance of the base car and the whole package functions surprisingly well. Clearly a car for extroverts, the Roush name is plastered everywhere, and the exhaust system generates the type of sounds that guarantee attention. If you like your performance cars to prowl the streets with stealth, this is not your car. 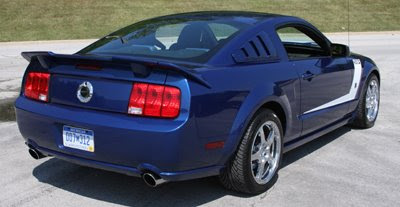 Our tester was powered by a supercharged 430-horsepower 4.6-liter V8 engine and 5-speed manual transmission. 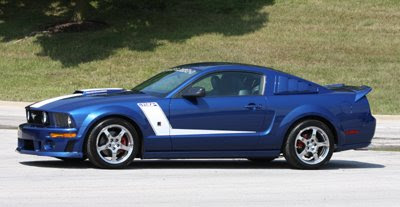 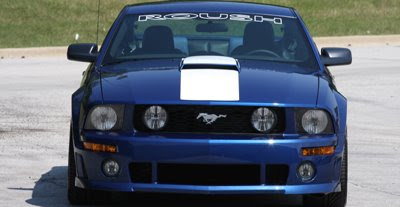 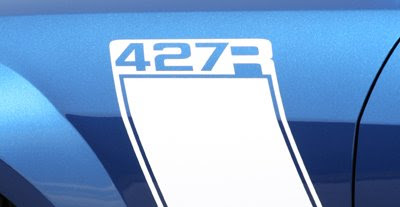 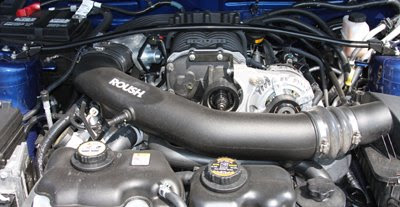 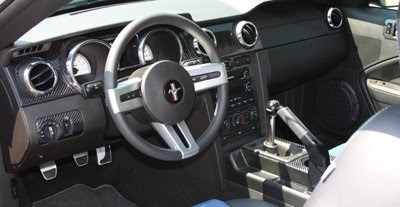 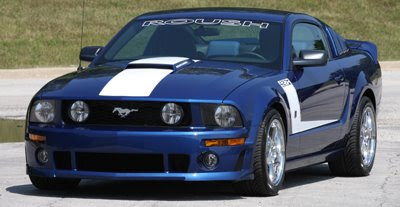