The Hottest Selling Vehicle In America

Once again, the Ford F-Series, which includes the F-150, F-250 and F-350, has blown the competition away, with almost 60,000 units sold in September. No other vehicle came anywhere close to that number. The F-150 was slightly refreshed in 2013, adding some new features and tweaking the exterior. The F-150 is available in several distinctive trims. These include the XL, STX, XLT, FX, Lariat, King Ranch, Platinum and the Limited. For the off-road extremist, the segment exclusive SVT Raptor is available and delivers both outstanding off-road capabilities and daily use characteristics.

If your driveway looks like a sea of Blue Oval products, you pledge allegiance to the ’32 Roadster, or have an effigy of Henry II in your alcove … you might want to check out the upcoming Hilton Head Island Concours d’Elegance.

The event, which kicks off on Nov. 1, will play host to a bevy of historic and rare automobiles, including this drop-dead-gorgeous 1970 Ford Torino King Cobra prototype – one of only two known to exist.

RELATED: Check Out Photos of a Ford Torino Funny Car 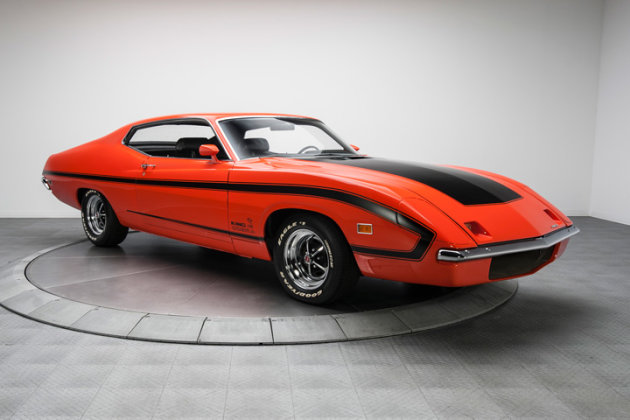 Back in the late ‘60's, NASCAR was gripped by the legendary “Aero Wars” that saw Ford and Chrysler duke it out with cars that for the first time didn’t look like your dad’s new ride. Big wings and sloped noses began to find themselves affixed to Chargers, Torinos, and Cyclones, which grew the fierce Ford vs. Chrysler rivalry to unprecedented levels and lead to the inception of the Torino King Cobra.

Underneath the race-bred aero package, the Torino fits Ford’s big-fisted Boss 429 V8, breathing through a Holley four-barrel carb, and backing up to a Toploader four-speed transmission. Power is sent to a Ford 9-inch rear end and handling is delegated by the Torino’s stock double A-arm front suspension and heavy-duty leaf-sprung rear.

PHOTOS: Check out the big wing on this 1970 Dodge Charger Daytona RT 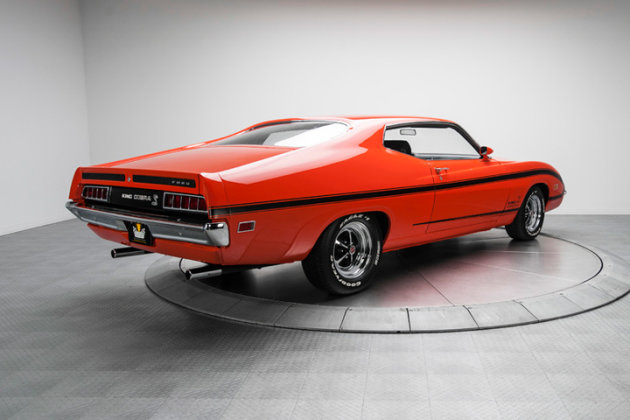 Inside, the prototype features many of the typical trimmings that you’d find on any of its Ford contemporaries, from the stock dashboard to the three-spoke steering wheel, and an odometer that shows only 43,235 miles.

Sadly, it never would get its day on the podium. Between new management at the top of Ford – company president Lee Iacocca – and fresh NASCAR regulations designed to hamper the aero cars, the duo of prototype Torino King Cobras were sold and promptly forgotten about. That is until one of the rare cars was discovered tucked away in a South Carolina field (the second found its end in a scrap yard).

PHOTOS: Get a good look at an original ’69 Ford Torino Cobra 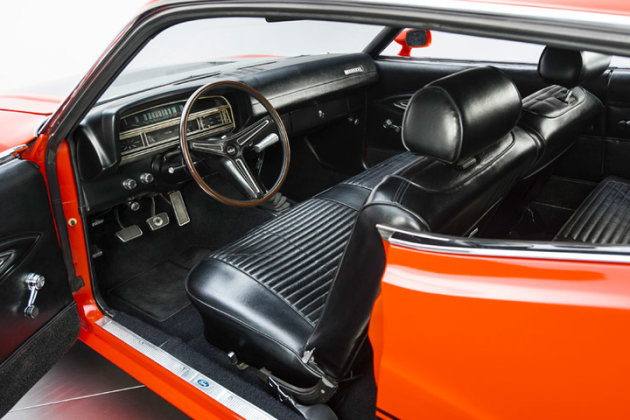 A pair of Ford fans plucked it up and set about the difficult task of restoring the vintage muscle car to near-mint condition, and we’ve got to say they did quite a bang-up job.

Like it? You can make this rarer-than-rare Ford yours. The ’70 Torino prototype spends its days over at RK Motors Charlotte and will set you back about $550,000 – a small price to pay considering it’s the only one in the world.