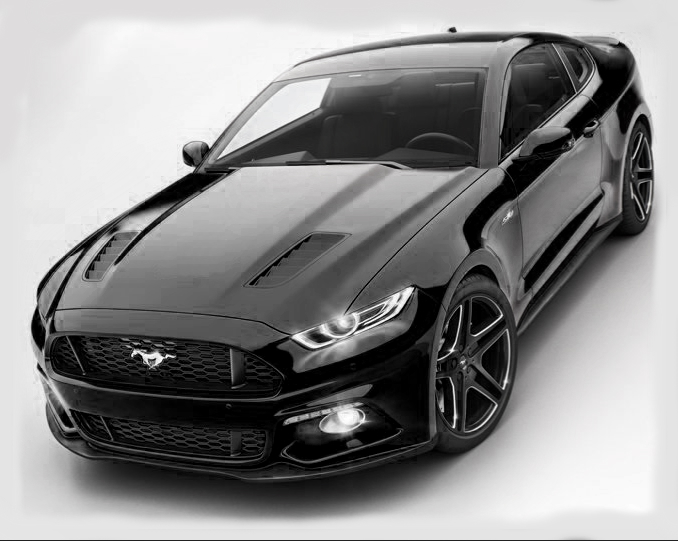 There’s a new Ford survey going out to select Mustang owners, and it appears to be asking questions about what they would want to see the 2015 Mustang come equipped with. What’s interesting is they may have just inadvertently revealed the 2015 Mustang’s engine and transmission options! And guess what? The 4 Cylinder EcoBoost engine is indeed on the list.

[ How this leak happened

The survey company Morpace was commissioned by Ford to test the waters before introducing the 2015 Mustang and luckily for us, one community member who recently purchased a 2013 Mustang was asked to take part, taking screenshots of the survey in its entirety. Morspace, who has previously received a World Excellence Award by Ford for excellence in servicing the motor company, is a market research and consulting company that was likely probing current Mustang owners to see what the reaction to the 6th generation Mustang’s drivetrain lineup.


What engine options should we expect to power the 2015 Mustang?

The survey lists 3 engines:
- 3.8L V6 engine @ 300 horsepower/290 ft-lb torque: 19 city/29 highway MPG (Base model)
- 2.4L I4 GTDI EcoBoost engine @ 310 horsepower/310 ft-lb of torque: 22 city/32 highway MPG ($560 over base model Mustang)
- 4.9L V8 {Coyote} engine @ 430 horsepower/396ft-lb of torque: 18 city/28 highway MPG ($1,890 over base model Mustang)
Let’s break these motors down one at a time:
The “3.8″ V6 base model motor: It’s fairly certain that this is referring to the current 3.7L engine found under the hood of the current Mustang; whether the displacement is going to be increased .1 or not is fairly irrelevant as the engine will remain largely unchanged, regardless. As for the power decrease (-5 HP off the current motor) this is either another attempt to throw you off the S550 trail, or a detune to further separate the V6 offering from the EcoBoost 4 cylinder that has similar power levels.
2.4L EcoBoost Engine: This one could go either way. An earlier rumor this year had this motor at 2.5L & 300HP, but the current EcoBoost found in the focus ST is only a 2.0L. It’s possible they increased displacement to account for additional horsepower, but it’s also possible they turned the dial up on the 2.0L and threw it in the 6th generation Mustang.
4.9L Coyote: This will be your current 5.0L, same as its been. Yes, Ford probably will bump the horsepower up (and we hope more than the measly 10HP the survey presented), but don’t expect anything ground breaking here.

The four options listed in this survey are rather interesting. There’s the standard 6 speed manual and automatic trans, as well as an intriguing 7 speed manual and 10 speed automatic options. the 10 speed automatic is likely referring to either the 9 or 10 speed transmission GM and Ford have been collaborating on. Fuel economy and emissions should be greatly improved with the 10 speed  auto, but we might have to wait a couple years before it becomes an option for the Mustang.