History of Presidential Limos Made by Ford Motor Company

In 1924, two years after Ford Motor Company purchased Lincoln, the Lincoln Model L had the distinction of being the first car that was used by—and was a favorite of—a U.S. president: Calvin Coolidge. 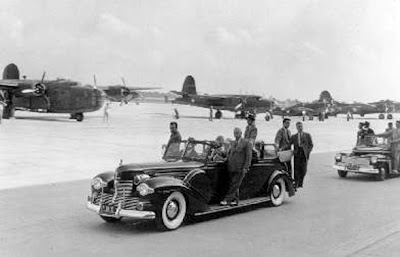 The "Sunshine Special," an armor-plated Lincoln custom-built in 1939 for President Franklin Roosevelt, traveled around the world—as far as Yalta, Casablanca, Tehran and Malta—and was retired in 1950, still in full working order.

Another Lincoln soon found its way to the White House following the retirement of the "Sunshine Special." The 1949 Lincoln Cosmopolitan was the first all-new Lincoln to be produced after World War II. It featured a modernized independent front suspension and a new V-8 engine that reinforced its appeal to customers. The White House ordered a customized fleet of limousines of this reliable luxury vehicle in February 1950. 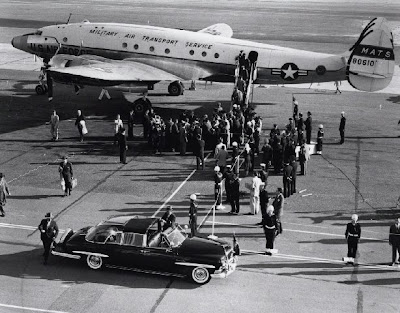 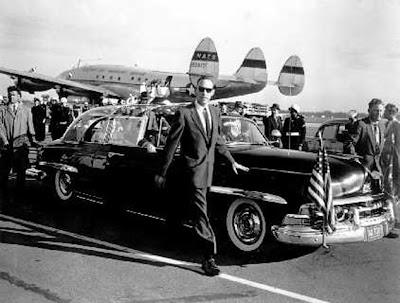 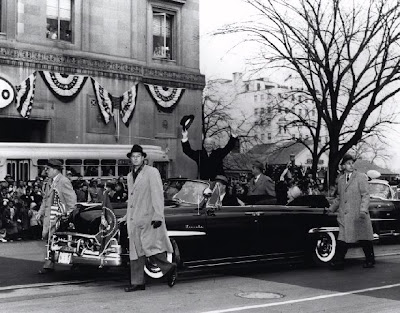 The 1961 Lincoln Continental was one of the most enduring Lincoln designs of all time. It had clean, classic, sharp-edged styling that remained a Lincoln look for two decades. The 1961 model was one of the few automobiles ever awarded a medal for excellence by the Industrial Design Institute. The Continental’s doors had a famous and distinctive "center opening" design. 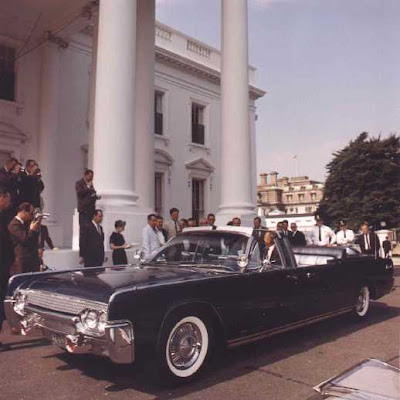 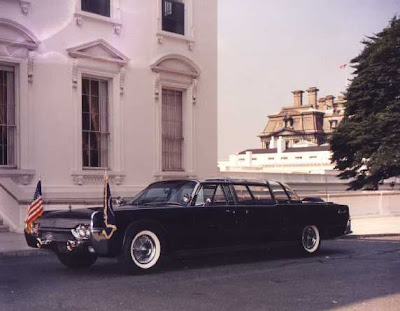 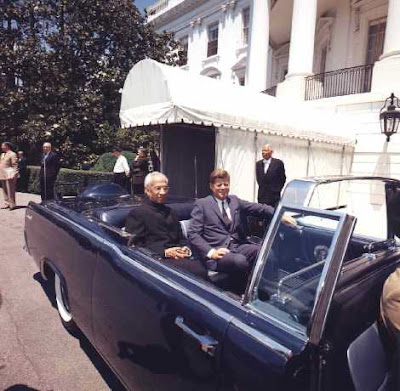 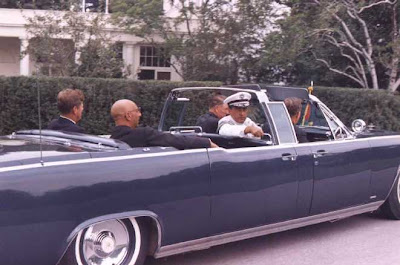 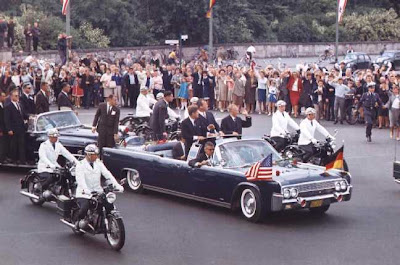 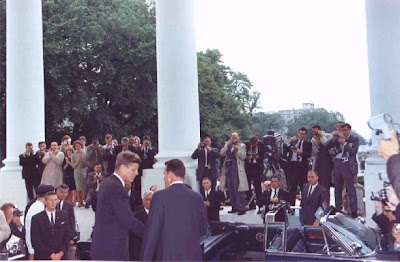 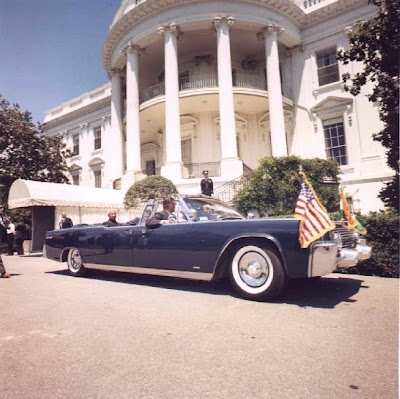 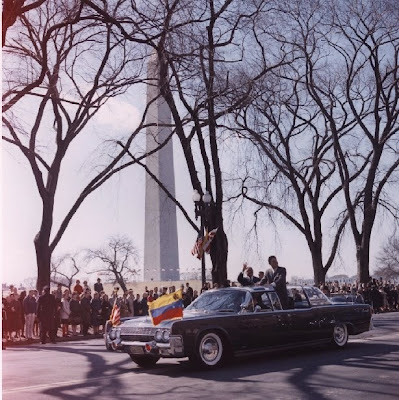 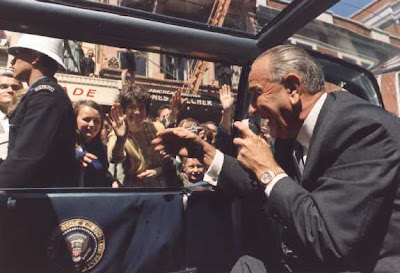 A stretch version of the 1961 Lincoln Continental, complete with retractable footstands for the Secret service, was developed and delivered to the White House for use by President John F. Kennedy. Following President Kennedy’s assassination, the vehicle was retrofitted for greater security and used until 1977. 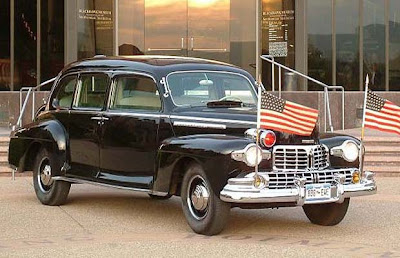 Throughout history the Presidential limousine has been uniform black with a US flag on the right of the bonnet. This is Franklin Delano Roosevelt's 1942 Lincoln V-12 Presidential Limousine with 1946 updates. 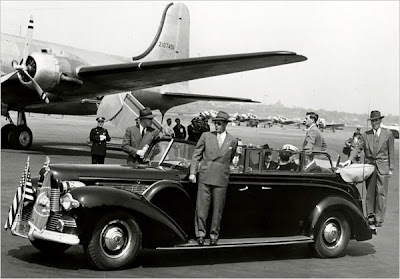 President Truman in the Lincoln made for President Roosevelt

The '39 Lincoln "Sunshine Special" presidential limousine was created shortly before World War II for use by Franklin D. Roosevelt and was also used by Harry S Truman. It is powered by a 414-cubic-inch 150-hp V-12 engine.

Dwight Eisenhower didn't like the convertible roof of the 1950 Lincoln Cosmopolitan that had served Harry Truman, and according to Ford the president complained that people lining a parade route in Richmond, Va., couldn't see him.
In 1954, a clear "bubble roof" was fitted, well before the days of the Porsche Targa. 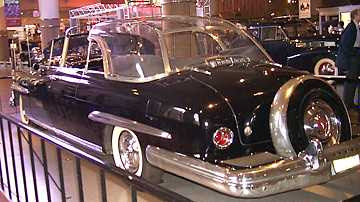 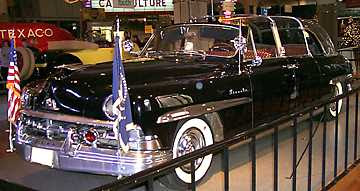 The 1950 Lincoln "Bubble-Top" presidential limousine was associated most with President Dwight D. Eisenhower, but was actually built for use by Harry S Truman. It was still in service into the John F. Kennedy administration.

Most notorious of the limos is the '61 Lincoln "Kennedy Car" in which President Kennedy was riding in when he was assassinated in 1963 in Dallas. Apparently presidents are not superstitious, as the limo continued in service and was used by Lyndon B. Johnson, Richard Nixon, Gerald Ford and Jimmy Carter. After the assassination, the car was rebuilt with titanium armor, bulletproof glass and a permanent hard top. 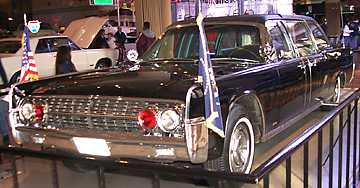 This '61 Lincoln is the car in which President Kennedy was riding when he was assassinated in 1963 in Dallas. Apparently presidents are not superstitious, as the limo continued in service and was used by Lyndon B. Johnson, Richard Nixon, Gerald Ford and Jimmy Carter. 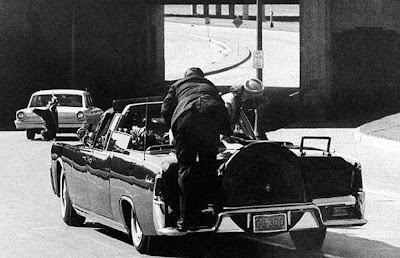 President John F. Kennedy slumps down in the back seat of the presidential limousine after being fatally shot in Dallas on Nov. 22, 1963. Mrs. Jacqueline Kennedy leans over the president while a Secret Service agent stands on the bumper.

Perhaps the most infamous presidential limo is this 1961 Lincoln X-100 Continental, in which John Kennedy was shot and killed.
After his assassination, the $200,000 Lincoln was promptly altered with a fixed roof reinforced with several layers of bullet-resistant polycarbonate glass. 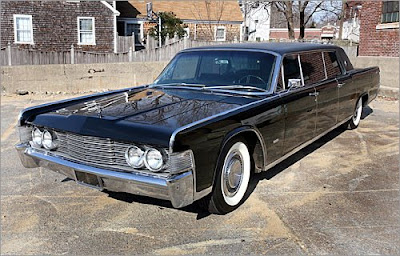 John Lawlor, a longtime adviser to NPR's "Car Talk" show, didn't think much when he purchased this 1965 Lincoln Continental limo two years ago.

But when he found the White House phone inside, Lawlor knew this had belonged to none other than Lyndon B. Johnson. The car, now garaged in Middleborough, has an estimated value of more than $100,000. 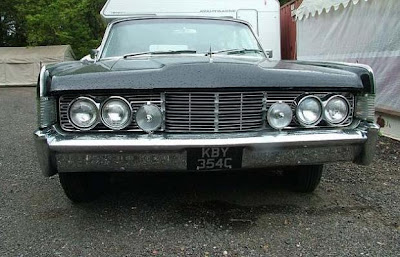 1965 Lincoln Continental Executive limousine is one of 15 "Government Special" Lincolns leased to the White House that year and used exclusively by US Defence Secretary until 1968. It is the only Presidential limousine in a British collection.

This 1967 Stretch Lincoln was built for President Lyndon B. Johnson, a notorious car lover. This huge gas-guzzler was typical of the era. 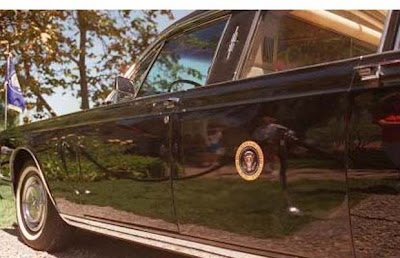 The modified Lincoln Continental was used by U.S. presidents, including Nixon, until it was retired in 1978. 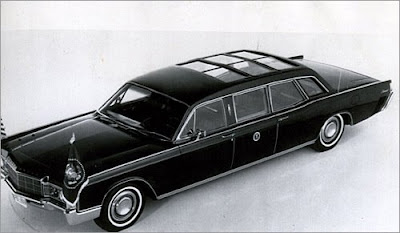 Ford's "Vista Roof" on its new Ford Flex had its start on Richard Nixon's 1969 Lincoln Continental, except that these windows can be opened.

Richard Nixon's Lincoln Continental was redesigned for the 1972 model year prior to his reelection.

Aside from concealed headlights and a squarer front end, the 22-foot limo didn't change much of its style.

Visitors will note that the windows in the '72 limo appear to be fogged. This is caused by a failure of the bulletproof glass which caused a polymer layer to become contaminated and change composition. Defense Department scientists are attempting to find a fix for the problem without disassembling the original glass. 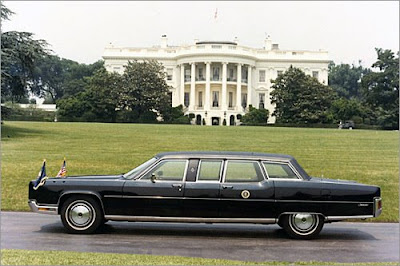 Among the aftermarket features of Nixon's Lincoln: a removable roof section to allow the president to stand up during parades and quarter-inch armor that added 5,000 pounds to this black beast. 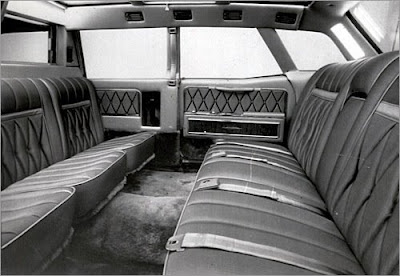 The plush interior of Nixon's 21-foot Lincoln, with plenty of quilted leather and sunlight from the three large glass sections, looks like a fantastic place to sleep. Note the phone to the left of the door, and the torso-wrenching safety feature of the 1970s, lap belts. 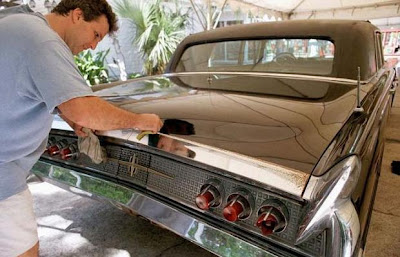 The X-100 was re-vamped and remained at the White House until 1977. It was used by Presidents Johnson, Nixon, Ford and Carter. Kennedy's personal car, also a Lincoln Continental was made a museum piece. 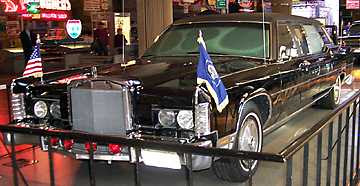 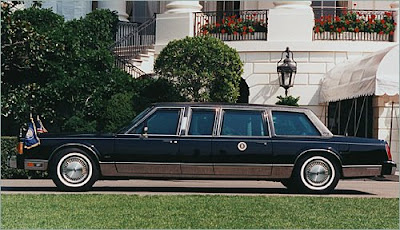 Like most of the presidential automobiles, this Lincoln Town Car used by the first President Bush is built on a truck frame for extra stiffness.
Posted by Pw3680 at 1:22 PM

Thank you for mentioning the Ford Sunshine Limo that Roosevelt took to Casablanca. There seems to be some denial that the car was ever in Casablanca- I know for a fact it was there; my father guarded it! He didn't know who it was for, only that he was to guard it with his life. It was one of the proudest moments of his life when, after guarding it for hours, Roosevelt and Churchill both saluted him before driving off.