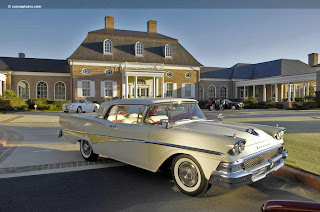 The Ford retractable roof was originally developed for the limited-production Continental Mark II. With the price of the Mark II already so high, Ford decided against adding the retractable roof feature, as it would further inflate the price of a car that was already outlandishly expensive for its time. With an estimated $2 million already invested towards its development, Ford decided to apply the expensive new technology to their more affordable Fairlane model, giving birth to the 'Skyliner.' The promise of higher-volume production did a better job of amortizing the costs, and improved feasibility. 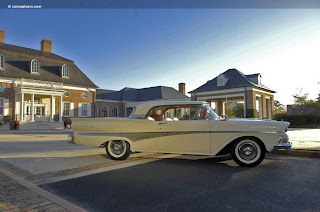 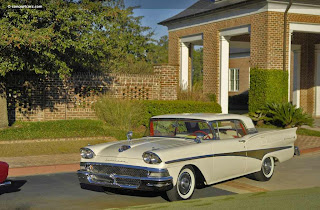 This Skyliner has been in the same family/friends since the mid-1960s, traded between brothers, and a 20-year stint of ownership by a close family in Canada. In 2006 the car, which had been totally disassembled since the early 1980s, was re-purchased by the Schmidt family and carried to Hill's Automotive for a concours restoration, completed late in 2007.