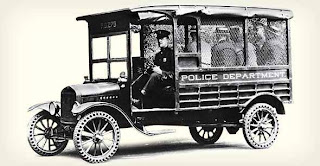 For over a century, the men and women in blue have been stationed behind the wheel of Ford vehicles. Nearly every showroom model—from long-bodied Country Sedans and Galaxie Mainliners to the rugged Explorer and high-speed Mustang of today—has at one time served as a member of police forces at home or abroad, and according to company archives, 58% of police vehicles patrolling the U.S. and Canada were carrying the Blue Oval by 1961. None is more memorable than the Crown Victoria, which accounted for 75% of police sales in 1998. Here are a few highlights from this distinguished record of service.

Early Ford retail models are first modified for police use. 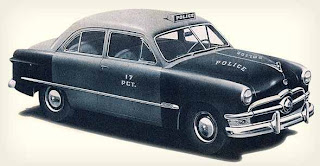 A total of 26 Ford vehicles can be refit for police use. 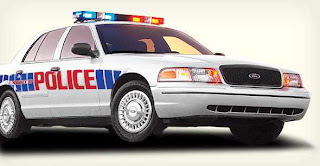 The Crown Victoria becomes its own consumer model. 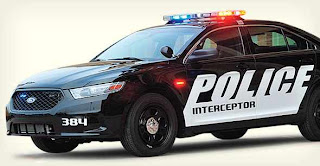