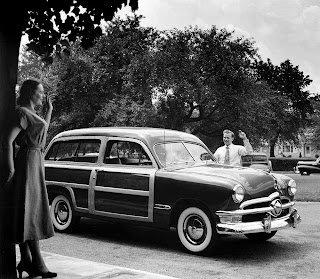 Ford's public relations was trying to suggest that the Country Squire was cool for a guy to drive. It actually sold in relatively low numbers. The staged photo has a surreal quality to it. Looks like a Chevy in the background 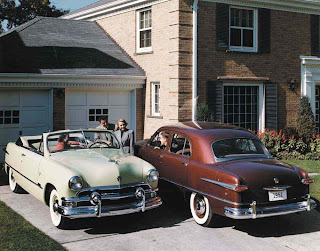 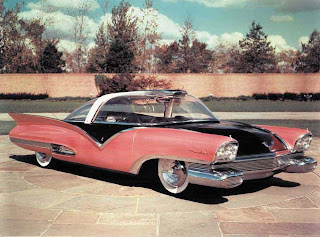 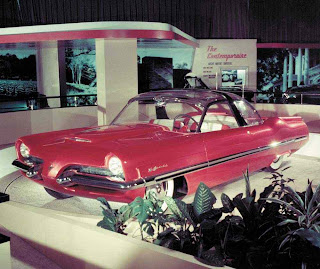 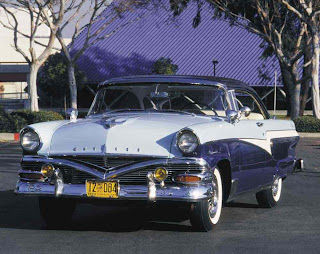 1960 Ford Starliner, Ford's only 2-door hardtop in the Ford lineup. 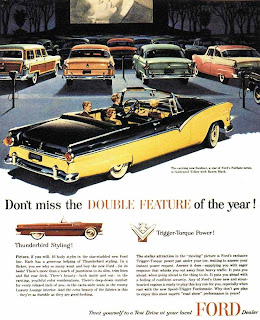 Life in the ’50's. When was the last time you went to a drive-in? I wonder if they had another drive-in across town that only allowed Chevys. 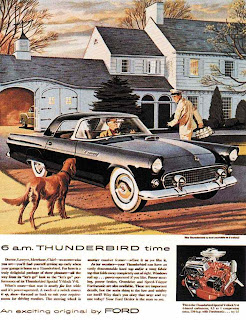 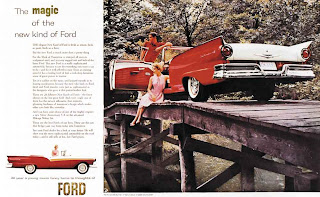 "The magic of the new kind of Ford." 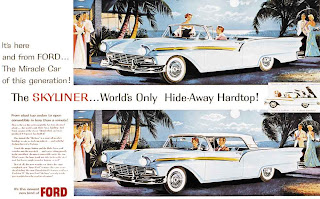 "The miracle car of this generation." 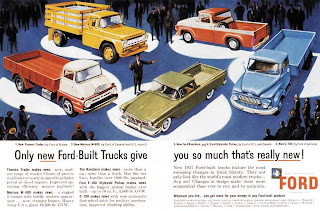 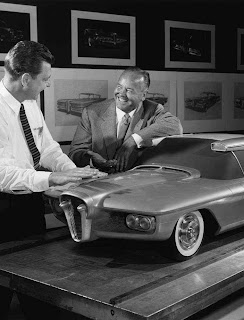 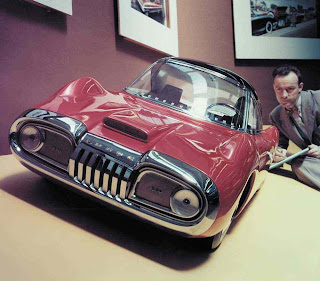 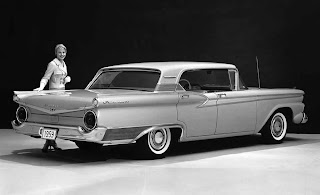 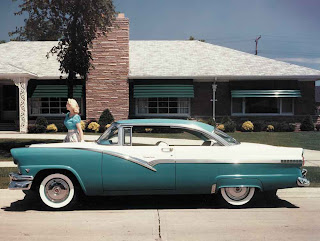 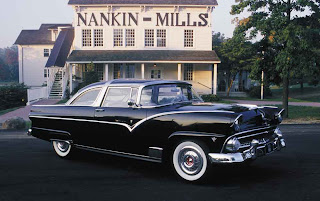 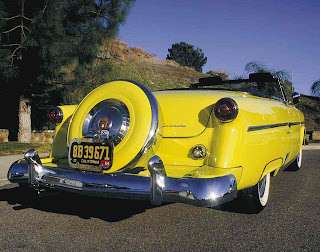 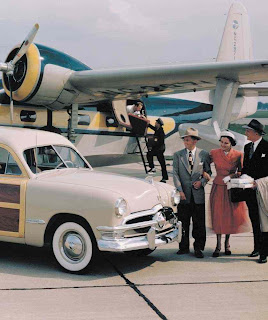