American Dream: We drive the Interceptor, the full-size sedan that could save Ford

Press the electrically triggered chrome door handle and the door pops open. The sculpted one-piece leather seats are as stiff as the suspension, and you slide onto them as into a Barcelona chair. A 21st-century "shaker" looms in your view, and the rest of the hood is long and upright...you're overlooking a similar expanse of sheetmetal as in a Chrysler 300. Hit the electronic ignition button on the headliner just aft of the header, and the 5.4-liter V-8 fires up with a rumble.

The clutch is a bit heavier than a Mustang GT's, but it releases smoothly and progressively. This big sedan is easy to drive-if you're into low-riders. It bounces along the smooth test road like a candy-colored 1964 Impala on the haunches of its hydraulics. It feels like one good bump could launch it into the air. You shift cleanly into second gear, but that's all she'll show today.

Interceptor. It's just another Ford concept car. A nice piece of eye candy designed to take your attention away from the real horror story playing out in Dearborn amid collapsing sales, massive losses, and a demoralized workforce. Don't you believe it: Even as you read this, Dearborn insiders are sweating the details on a secret plan to radically change the way FoMoCo develops new cars and trucks. And the Interceptor reveals a key part of that plan. 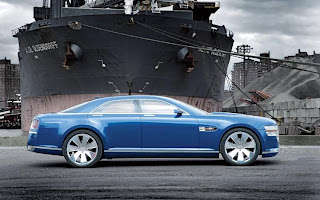 Not that long ago, rear drive was on life support at Ford. The company had axed the slow-selling Lincoln LS sedan and Ford Thunderbird, both built on the expensive DEW98platform shared with the Jaguar S-Type, and announced the plants building the Lincoln Town Car, Mercury Grand, Marquis, and Ford Crown Victoria would be closed in 2010. Under this scenario (Motor Trend, August 2006), the Mustang would be the only rear-drive Ford car on sale in America by 2011.

Now, under new CEO Alan Mulally, Ford is rethinking rear drive for North America. Insiders say Mulally has looked at what GM has done to reinvent Cadillac, seen the buzz it's generated around new rear-drive cars like the Chevy Camaro, Pontiac G8, and the Chinese-market Buick Park Avenue (all based on the Australian-developed Zeta rear-drive architecture), and asked: "Why can't we do that?"

It's more than just an obvious question. It also addresses a major dilemma for two key Ford products, the Mustang and Ford Australia's Falcon. The Mustang has been a runaway hit for Ford, but by 2011 the platform will have been in production for seven years, and its live rear axle is no match for the sophisticated independent rearends under the newer Camaro and Dodge Challenger. Down in Australia, the Falcon, Ford's rear-drive rival to GM's Holden Commodore, is getting a major overhaul for 2008, but its platform dates back to 1998. 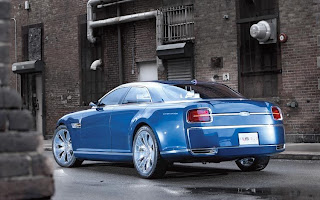 Neither platform has the volume (2006 sales totaled 160,000 Mustangs and 50,000 Falcons and variants) to justify an all-new replacement each. So Mulally has asked for a plan to bring Ford's rear-drive cars together onto a single, global vehicle architecture. That means Mustang and Falcon. And it also means potential replacements for the Lincoln Town Car, Mercury Grand Marquis, and Ford Crown Victoria. Which is where Interceptor comes in.