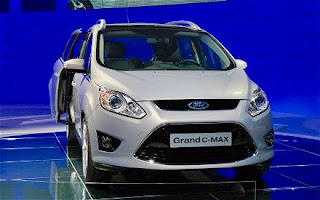 Ford's big Frankfurt show splash triggers the beginning of the new, global Blue Oval. A dozen years ago, the North American Focus launched with hopes we would get a small, C-segment Ford as good as the European one. Instead, it was brought down by recall problems and lacked the European model's constant updates.

The 2011 Focus, which also underpins the C-Max and makes its debut at January's Detroit show, is different. Ford says the '11 Fiesta coming to America will share 60 to 70 percent of its parts worldwide. The '11 Focus and Focus C-Max will score more like 75- to 80-percent common parts. And suppliers to the new Focus will make the same parts and components around the world. 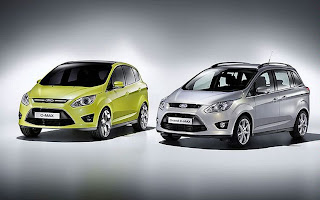 The U.S.-bound Focus C-Max looks much like this five-passenger model in a front-three-quarter view, but the seven-passenger model will have minivan-style sliding rear doors. It's more Mazda5 competitor than Chevy Orlando competitor. 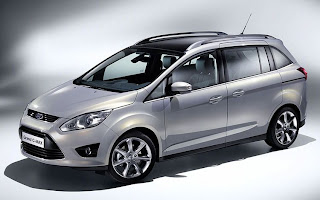 Ford says it's growing its North American sub-C/D-class (Fusion/Milan/MKZ) lineup from four models (two- and four-door Focus, Escape, and Mercury Mariner) to nine: four- and five-door '11 Focus (the two-door is being cut), Focus C-Max, the Focus BEV (Ford counts its electric version as a separate car) a C-segment Mercury on the Focus platform and two '11 Fiestas, four- and five-door.

Like General Motors, Ford sees huge growth in sub-C/D cars in the coming decade. Ford and GM are selling much better-equipped compacts and four-cylinder midsize cars at higher transaction prices these days than in the recent past. This is important to Ford's strategy: Popular C-segment cars already sell for the equivalent of $25,000to $30,000 in Europe.